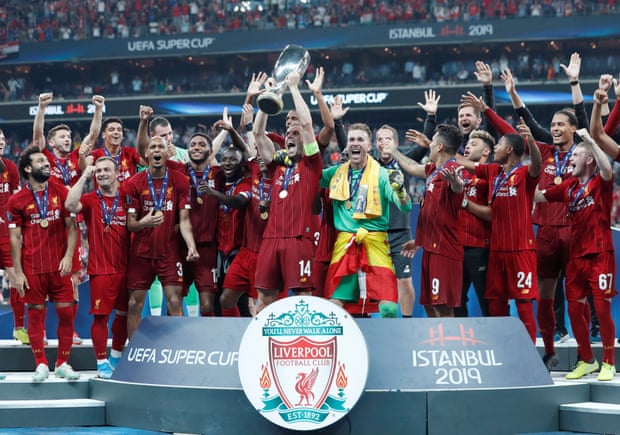 Chelsea’s first chance of winning silverware in the 2019/20 season has gone begging after defeat on penalties against Liverpool in the UEFA Super Cup in Istanbul.

The Premier League rivals went head-to-head in Turkey in the showpiece clash, with the Champions League winners and Europa League holders meeting for the chance of silverware.

The Reds beat Liverpool in Madrid in June to lift the Champions League trophy, while Chelsea defeated Arsenal in the Europa League final in Baku at the end of May.

Liverpool were dealt an injury blow ahead of kick off, with midfielder Naby Keita ruled out with a muscle strain, after limping out of training yesterday (Tuesday) ahead of the game?

Meanwhile, Chelsea were handed a huge boost, with influential midfielder N’Golo Kante starting the game, having come off the bench on Sunday in the Blues’ 4-0 defeat against Manchester Uniteed

He was the surprise inclusion in Frank Lampard’s starting lineup for the game, which also included Christian Pulisic and Olivier Giroud.

But Chelsea lost out on penalties, with Tammy Abraham missing the crucial penalty as Liverpool won 5-4 in the shootout.

BREAKING!! Wizkid wiped all his pictures from his instagram page

Qatar Show Off 2022 FIFA World Cup logo round the globe

Congratulations To Davido Has He Celebrates 10 Years In The Music…